There is only one geometric normal: perpendicular, at a right (90 degree angle).

If you are building a wall, check to be sure the wall is normal (straight) with a plumb line. That’s a string with a lead weight on it that always points to the center of the earth and is perpendicular to the surface. If the wall deviates to the right or to the left it is unstable. It is easily knocked down and will bring down whatever is attached to it.

The most famous abnormal building is the Leaning Tower of Pisa. Built on an unstable foundation, it began to lean very early, and huge expense has been incurred through the centuries to keep it from falling over. At present, 800 tons of lead bricks on one side of the building serve as a counterweight. We can keep piling on lead bricks, but the building will fall apart someday because of the abnormal stresses on the masonry.

The tower is a great tourist attraction, but not useful as a building—you can’t put furniture on the slanting floors.

Something as abnormal as that tower can be sustained, but it requires constant application of force. Take away the lead bricks, and the natural law of gravity brings the structure down.

In society, norms may be based on how the majority of people behave. Some variation is “normal.” Customs and fashions change, but basic facts of biology and human nature will reassert themselves if outside pressures to conform to unnatural behavior are removed—unless too much damage has been done.

It is not normal to wear a face mask and stay six feet away from other human beings. As soon as the pressure is removed, the students, even at a Woke university, are maskless and interacting normally—talking, laughing, hugging. Their natural immune systems are functioning normally.

It is not normal to stay locked indoors. Without police coercion, people will go out when they think it essential or safe.

It is not normal to worry constantly about a virus that in most people is no worse than the flu. Once the daily case counts and death statistics stop, people may believe their eyes and ears telling them that most people are ok. Unless they have been turned into obsessive-compulsive germophobes.

It is not normal for people to bully or exclude or malign family members and friends who choose not to take a novel experimental injection. That takes constant propaganda portraying them as lifelong lepers. But once the mortar of human relations is weakened, will the masonry crumble?

It is not normal for public health officials to have dictatorial powers to wreck normal human activities, for years after an apparent emergency ends. It is not normal for officials, academics, medical societies, and doctors to suppress information about preventive measures (such as vitamin D and betadine or hydrogen peroxide mouthwash) or early out-patient treatment with repurposed drugs long approved as safe. It is not normal to deny care to unvaccinated patients. It is not normal to cover up adverse effects of new treatments. Censorship and extraordinary repression are required, at least until terrified people get used to their constrained lives and lose their will to resist.

The attempt to establish a new normal and smash the old goes far beyond the pandemic measures. It is a biologic fact that there are two sexes, and that one male and one female gamete (sperm and egg) are needed to make a new human being. It is normal for men and women to be attracted to each other and to long for a stable union. It is normal for parents, children, and biological relatives to love and be loyal to each other. Infidelity and betrayal are tragedies in world literature and common motives for murder.

But imperfect as these societal structures are, there is one normal and there are many abnormals. If not two natural sexes, there is a constantly multiplying number of humanly constructed genders. If not one man/one woman marriage, there are many variable relationships of atomized individuals.

If we throw away our plumb line, and try to normalize what is unprecedented or until recently thought deviant, what will happen to our structure? The experts think they can redo our psyches and even reengineer our DNA. We are being subjected to a massive, uncontrolled, nonconsented experiment. Past societies may have had dictatorship by a self-appointed health priesthood or pervasive homosexuality, transgenderism, and promiscuity. Where are they now?

If we let the experts prevail, will we have a brave new happy transhuman utopia? Or a pile of rubble? 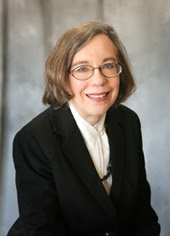 Jane M. Orient, M.D. obtained her undergraduate degrees in chemistry and mathematics from the University of Arizona in Tucson, and her M.D. from Columbia University College of Physicians and Surgeons in 1974. She completed an internal medicine residency at Parkland Memorial Hospital and University of Arizona Affiliated Hospitals and then became an Instructor at the University of Arizona College of Medicine and a staff physician at the Tucson Veterans Administration Hospital. She has been in solo private practice since 1981 and has served as Executive Director of the Association of American Physicians and Surgeons (AAPS) since 1989. She is currently president of Doctors for Disaster Preparedness. She is the author of YOUR Doctor Is Not In: Healthy Skepticism about National Healthcare, and the second through fifth editions of Sapira’s Art and Science of Bedside Diagnosis published by Wolters Kluwer. She authored books for schoolchildren, Professor Klugimkopf’s Old-Fashioned English Grammar and Professor Klugimkopf’s Spelling Method, published by Robinson Books, and coauthored two novels published as Kindle books, Neomorts and Moonshine. More than 100 of her papers have been published in the scientific and popular literature on a variety of subjects including risk assessment, natural and technological hazards and nonhazards, and medical economics and ethics. She is the editor of AAPS News, the Doctors for Disaster Preparedness Newsletter, and Civil Defense Perspectives, and is the managing editor of the Journal of American Physicians and Surgeons.